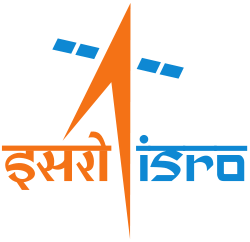 In India everybody loves ISRO (Indian Space Research Organization). While many issues pull down the spirits of the country, one of the the entities that bring cheer is ISRO. A true worldclass technology organization. Whenever a satellite launcher or spaceship is successfully launched, euphoria surges. On all cases – satellites & launchers, MARS orbiter, GPS-like system etc., the organization has consistently delivered for the masses and hence has the right place in the hearts of Indians.

However, there are few interesting observations:

1. Recently there was deadly flood in Indian city of Chennai. ISRO kept publishing detailed imagery of the city displaying flood status. ISRO has Bhuvan with GoogleEarth-like features. In FaceBook page there are hardly 20 likes/shares. When the information is very useful and no other source can give that, this should have been lot more.

2. ISRO also offers technologies that can be used for productizing in other sectors.  For spinoff program of NASA, there is equivalent spinoff program from ISRO. Same with technology transfer. I browsed through the lists of both NASA and ISRO. While NASA has lot more, ISRO’s list is quite good too. Technologies range from materials till software, with quite decent descriptions. I never heard of these getting discussed in relevant science and engineering forums in India.

3. Barring few exceptions, India’s private sector R&D is not encouraging at all. Unlike before, there is money and exposure that can be used for R&D. While core R&D takes time and energy, ISRO’s offers can be adapted for nominal charge. Not much of public evidences to show that Indian private sector is adapting ISRO’s offerings. I had personally evaluated a US navy technology for a US company. It is part of US engineering culture to use NASA in their R&D. For Indian private sector it has to start.

4. All the new age entrepreneurs, seem to be creating only aggregator and e-commerce apps. This includes entrepreneurs from premier institutes like IIT. In startup circles I do not hear much about product engineering startups. From those I hear, hardly anything about using ISRO’s offerings.

a. Incubator Support: One gap with regard to NASA seems to be incubation support. India already lacks startup ecosystem (yes – It is developing. But seems very shallow at the moment). Without developing that, technology transfers won’t be effective. One of the biggest weaknesses in Indian startup ecosystem is the ability to evaluate R&D proposals. While ISRO understands its own technology and any limitations, it can easily put together panel for evaluations. So, incubation should be a very natural thing to setup.

And also NASA sponsors many tech competitions. It should be straight forward to get engaged with academic other external communities this way for ISRO.

Lot more promotion of their technology and how people can partner with them. As pointed out, the external participation in ISRO’s technologies do not seem very high. Of course there would be local vendors. But for people to pick up what ISRO has created, there is lack of awareness. There is lot of material in their site. But hardly these are promoted. Looks not so difficult.

All global technology companies have developer programs. The developers outside their organizations are needed to take their technologies to end user applications. It is not possible for a single corporation to scale to create end applications for the entire world. It needs to build developer base.

Consider ISRO application Bhuvan. It is more like Google Earth and it provides API too. Not very sure how many developers signed up for it so far. Best would be to catch them young. If we see how CISCO become market leader, they went aggressive in CCNA certification and promoting IOS CLI. Microsoft’s MSDN is legendary. So is Google developer program. When it comes to Adobe, all animation schools teach only flash and Maya. You just can not hire animator who knows free tool Blender.

If at least sizable number of engineering schools in India use ISRO Bhuvan in place of Google Earth for college projects, it could easily build developer base for ultra-local applications. A win-win.

The gov has a lot to catch up. Technology planning for its own needs, procurement considerations for local research content and many more: While ISRO would offer technologies, for entrepreneurs to use it they would need some assurance to jump in. They would need some basic assurance on affirmative action – over foreign technologies. NASA classifies many of their listed technologies as ‘US release only’ or ‘US government purpose release’.  So Indian entrepreneurs can not use them. For those who use ISRO technology, need preferential treatment. And when it comes to technology management and tech governance, government needs to increase competency to make this whole process effective. The government can define technology plans for all states, respective ministries and topics. Also with un-educated media around, there are perception battles like corruption while dealing with R&D deals.

It is still puzzling why Indian govt has no Chief Technology Officer yet who could drive lot of these.

The people have a lot to do. Easy money industries like IT service gives career for 10 years. There is no real career path after that. Those who would start solving local problems with local technologies are more likely to have long term success. With government also trying to catch up, it appears conducive environment.

There is a lot people can do to partner and succeed, than just being proud of ISRO. Time to promote ISRO from heart to head.