MidManager provides special content, tech platform and AI solution for soft skill and leadership training in corporates. We focus primarily on organizations with knowledge intensive work. The current focus is on soft skills. The management of knowledge workers is very complex. Due to the complexity and the diversity of work involved, it needs lot of skills to be effective for all stakeholders i.e. team members, various levels of management and the customers. It is very hard to achieve the acceptable level of softskills to achieve good results. The work content and the skills involved in work constantly changes. Besides, the organization and people keep changing.

Besides, the junior technical members bring their own deficiencies interms of soft skills. These compound the problem.
MidManager is bringing content, tech platform and AI solution to address the problem. The organization is building technology never existed in the space. The training course is being put together to bring exactly relevant concepts and practical hacks for knowledge workers.

MidManager has 5 patents on analytics platform.

Watch this space for updates!

To equip everyone in the work place with sufficient behavioral skills to face practical challenges at work.

Constantly improve products and services for the betterment of the lives of working professionals. 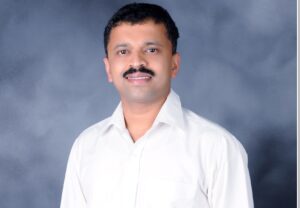 He also had the hat of program manager where he led cross functional programs. He have been a PMP (PMI certified program manager) and agile (ACP) trained professional.

He has won several awards for his outstanding work.
It is also a great feeling that the fire alarm system design he led, was commissioned in Burj Kaleefa – world’s tallest building.
Also when IEEE802.11 based gas sensor was created he brought in the mesh networking to the sensor.
In autonomous/assisted driving working on road, he had a significant role in bringing mono and stereo cameras out to the market.
The technical accomplishments came along with 8 patents.
Apart from technical side, he has also won new business accounts for engineering services and delivered by building teams from scratch.
His core strength is in building teams and nurturing young talents. He has great record in retaining people.