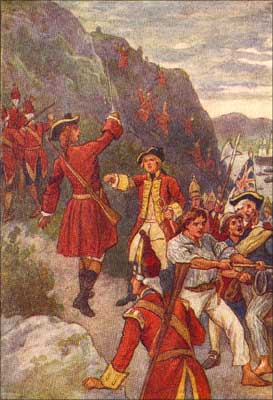 There were encouragements to do export business. Global business is good. There were tax breaks for export oriented units. No wonder the empire was the largest economy on the  planet.

One day the customs official of local government found something fishy:

“You are doing internal trade here. For this you need to pay tax”

British company representative did not agree. “Look at our document. We already have the permit. We have the tax break.”

“But this is only for export. You are using this for internal trade” The customs official was extremely angry.

What followed was series of incidents culminating in battle of Plassey in 1757. What followed is destruction of all local economic systems, the political freedom and never ending cultural slavery.

The customs officer secretly wished. What if – they did inspections more regularly. What if – they controlled the imports more rigorously. If this was early on, may be the history would have been different. What if…

Engineers were getting desperate. It was a product under development. It has two high end electronic circuit boards –  one on Xilinx signal processor and second board with multi-core ARM controller for a industrial safety application. Indeed a complex one. The board was designed in Bangalore, prototype made in Korea and the pilot customer was in Florida. The software had to be from Bangalore. The hardware revision had to come from Korea real soon. As always, there are design revisions and revised boards had to be made available to the design team within days. There was a huge business risk.

“Sir, we have the hardware couriered from Korea and it is in our office. Could we open and use it?” The engineering team leader was pleading the person in charge of logistics in Bangalore.

But he was helpless “as you know, we need the customs check by the govt inspector. Ideally we can not open it till then. The inspector is very kind and understanding. He always helps us by letting us do this in good faith. But he too has audit coming up. He too has to comply with rules though he wants to help us.”

The logistics manager continued -“You still can proceed and open it. But it will incur huge customs fees which is applicable for selling the product within the country”

Yes. There is huge customs duty for electronic imports. The cost of hardware is very high during R&D compared to manufacturing time due to difference in quantity. The customs duty will be huge and could be a killer. With this customs duty, the R&D is prohibitive.

Thankfully, to help the R&D sector, government provided provisions. The hardware has to be declared as R&D hardware. It can not be taken away from the R&D premises. An inspector has to come and verify it. This is oversimplified form of the protocol.

In reality, to comply withal these, R&D involves huge delay – some times, of months. But these are the days of agile development.

It is a choice between devil and the deep sea –

Does not work. Just not acceptable.

Yes. It is understable that govt needs to control imports. The battle of Plassey is still deep down in the subconscious mind.  But there are present day security risks too. Terrorists can form nameless company and import weapon components in the name of R&D.

But there got to be a way.

When we do not know how to proceed, we turn to someone who can. For now, we know who can.

For ‘Make in India’, terrific combination is ‘Design in India’. With the present customs rules, we can not afford to do meaningful R&D. Kindly look into this and help the industry!