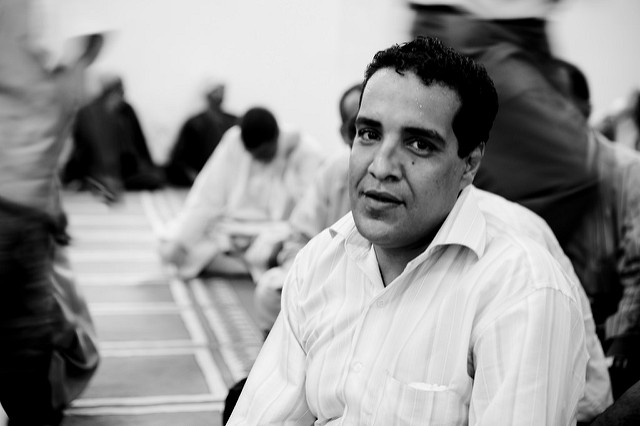 “My manager does not know anything technical. It is pathetic to work for him!”

“There is nothing technical and only management politics!”

Last week I again saw on linkedin discussions. It is not the first time. Of late, lot of people complain about it.

Before you go ballistic about the level of technical abilities of the manager, you should know few of the incidents I have observed. Actually these are not just incidents, rather patterns.

Pattern of Politics by Technical Folks

There was this team member who was very good at doing his part. He had extra time and energy. He started helping others also, which is good. As embedded SW engineer, the team had several hardware assets. He took full ownership of time sharing the same. He could contribute so much because his boss could easily understand his work because he was technical too. He did not pull him into any management meetings.

Surprise! In the end, the team member got no credit. When checked further, he came to know that everyone outside the team thinks that the boss has done it. Now there is no dependency on him. When he complained, the management took the side of his boss. For escalating against him, the boss sidelined him. He eventually quit.

This was a guy brought in as expert in some thing. The word ‘technical’ and also ‘expert’ are quite vague. Different layers of management started having unrealistic expectations from him. He initially explained. Later started panicking. He had no option but to fake competency. Also took credit wherever possible from others. Not many initially noticed. By the time people noticed, he was already established authority on the subject.

I have not seen many people getting grossly cheated. But it is little bit of stealing credit from everyone. It is a a pattern to watch out for, at your work environment.

There is a critical escalation from customer. It is a ‘show stopper’ issue. Largest customer was waiting for the issue to be resolved. It is already few days. Here is a star member. He is smart and hardworking team member. He worked day and night and made it happen in the past. He has track record of helping the organization in many such occasions.

Here is the catch. For one of the issues, it was found that he declined help from another expert. What is the big deal? He might have been in advanced stage in solving something.

Here is the additional information – He was overheard telling his friend – “I do not want to share the credit. Also this is my learning opportunity. Why should I leave it? And it is my turf”

This attitude actually delayed the project, reduced customer satisfaction. The should have been some repercussion. Result? Nothing.

Instead, the “brand of the issue” gets bigger. This ‘hardworking member’ would get better credit because it is ‘big issue which took too many days’. He is a star performer because he solved such a big defect, as he did in the past ! This hardworking individual continues to be more critical than ever. Organization and few others in the team suffer. But nobody wants to upset the apple cart.

At the cost of the company, customers and peer team members, he gets lot more mileage than he should have.

The organizations have stereotypes. One of them is ‘boss is bad and less technical. She takes credit for team members work and exploits them’

All cafeteria gossips and of course Dilbert have some memes about this. How about the following?

It was a management review meeting by the the Senior Manager. It was attended by the the project manager, technical leader and team members.

“Did you solve the issue?” The Senior manager asks the technical leader.

“Yes, I solved it. It was difficult one to solve and took sometime. But yes, it is done!”

In reality, the team leader could not solve it. In fact, his manager had solved it who had sufficient technical depth. General belief is that the problems are solved by folks lower in the hierarchy. This project manager could not claim in front of everyone about his credit. The moment passed and it does not sound easy to talk about it.

This is easy one to notice. Some folks in the organization creates a mafia of sorts to hoard information. The core knowledge remains only within this group. Breaking this requires lot of time and energy. Management usually does not find it attractive enough to work on it.

#6. Not acknowledging mistakes and being self righteous

Some of the technical folks are known to be low on social skills. One of the most damaging behavior pattern is not accepting the mistake. I remember a case where an architect made a wrong choice of technology. Gradually it started to appear that it was wrong. Then this architect got very nervous and insecure. Whoever spoke up, were thrown out of the team. He continued to suppress the other voices and still convinced his management that he was still right.

Eventually project failed. He was still arguing that it was due to a different reason, not due to the choice he made. There were no other competent people to establish the truth. The management still needed him. He continues to work there, as on date.

There is still one more universal pattern why technical folks do not get due credit. Read about it here .

The politics played by the technical folks is the least talked about and most difficult to deal with. As you can see, some of these are really complex. It is very difficult to be prepared to fight and get due credit. While there are many ways to handle this.

There are several things you can do.

Single-most thing that could help is your own technical branding. Without it, no one will listen if you try to set things right in politics involving technical people.

Get a certification on most important technology relevant to you. Today, the most relevant and universal is ‘Artificial Intelligence’. Also look for some other generic course which can help in long term. If you are certain about any other specified course which fits your role and also builds transferable skills, go for it.

If you want basic understanding, go for Coursera course Introduction to machine learning . You will get  Standford University‘s name in your resume. Not a degree, but still it will help.

If you can not finish course within 6 weeks, the Matlab license will expire. So if you are unsure, then use octave tool instead of Matlab. The course has lot of mathematics. But if you could finish and buy the certificate, it will be good for branding and networking within & outside your organization. It is applicable to all kinds of roles and domains.

If you are a manager, want to have a generic technical certification, take ‘Model-Based Systems Engineering. Entire world is going for model based technologies in every domain, this would make manager’s role also lot more effective. A manager can try model based development for higher productivity, for instance.
MBSE: Model-Based Systems Engineering

If there are other specific courses which will enhance your brand, go for it.

If you want to get hands on and deliver a project, then there are further choices. But the bottom-line is to think about technical branding in the domain you are currently in. And also think about your branding in upcoming domains. This might save you some day.