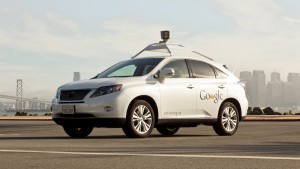 Unless you lived in cave with no connectivity, you heard about self driving cars. Around the world there is quite a bit of excitement about this. Lot of innovation is going on across the technology and industry spectrum.

While everyone is cheering the innovation of Google, appears like not many know how it is all started.

DARPA. It is the same DARPA that created TCP/IP and the internet.

DARPA announced “Urban Challenge” in 2007. Rest is history. Several vehicles successfully completed the driver-less race on roads involving real traffic. The cars of Pittsburg – PA, Stanford – CA and Blacksburg -VA made it to top three. It helped to build the technologies required.

But still this did not make headlines across the world. This remained confined to acamedic and technology audiences…

We know what Google did. It increased social awareness and confidence in technology. What seemed impossible for general people started appearing possible.

Till Google car came, there existed (which still does) segment called ADAS (Advanced Driver Assistance Systems). This provided functionality such as parking assistance, ACC. This is done using radar and ultrasound sensors. Primitive functions based on video sensor also existed for quite some time now.  Google’s project and the public perception has changed the shape of the ADAS industry and its direction.

At the time of writing, the author is part of this industry with the focus on video based driver assistance.

Now video/image sensor based functions are gaining popularity. While Lane departure warning had long existed for quite some time, using it for control actions is altogether different.

Going up from “warning message” to “control action” increases the ASIL compliance tasks. Higher the ASIL level, more criticality and hence the cost of testing and tooling for the same.

So far, the sensors had their own independent industry segments, now the lines are fast blurring and sensor fusion is fast catching up. This has increased the options for creating more and more functions for assisted driving and for autonomous driving.

It is very complex to model the real world through the video, radar, lidar sensor etc. This needs to be done in real time and consider vehicle dynamics in all the calculations and decision making. While doing all of these, the control features and diagnostics need to ensure they are compliant with all safety standards.

Now automotive suppliers have re-organized themselves to push ADAS. Thanks to Google. Now the mental barriers for this industry have sharply reduced. There is debate of ownership of liability between car owner and automaker, in case of accidents. Eventually this would get addressed too.

Where does This Leave Us?

May be in 10 years, self driving cars may be on “well-behaved roads”, like the roads in developed countries.

Now About India. Somebody in India dares to dream.

Mahindra announced Rise Prize in March 2014. One of the challenges is driver-less car for India, made in India.

Before getting too excited about this, there are at least three issues to consider:

The technology needed to be created for the developed countries is much simpler. The roads are standardized. The rules are followed. It is possible to specify solution with decent level of technical competency. The competency to create solution would be much higher than what is needed for the west.

Indian entities – private/public research centers are in primitive stage about the technology. Creating new solutions and packaging them to the shape of products had been a struggle. Competencies of individual areas such as image processing, radar technologies exist. But the system spec and technical program management had been a struggle.

The available competency in India, is busy serving the western markets, thinking about how to solve western problems while maneuvering through Indian roads. It pays to do so. It pays much better in the short run…in EUR and USD.

Ok. This is typical negative talk. What should Rise Prize team do?

May be the following three ?

Help in scoping it better. With the way problem statement is defined, it is very challenging to create solution. This requires lot of competency and discipline of execution. Further, even if a bright team attempts to create solution for extreme traffic, it is likely to fail.

Define some practical indian scenarios where this is more achievable:

2. Define the final test track and constraints better.
This may be simplified real world scenario. But this would serve the cause much better. There are tracks like Natrip and Kari track at Coimbatore. Without a boundary, all enthusiasts could go in all directions, taking shot at every problem without focus.

3. Support the development of Eco system in any other way. these could be to get access to expensive sensors, buying training from consultants from developed countries. The universities and startups may not have huge budget available in timely manner.

Rise Prize is going to be something interesting to watch for. Not many such attempts have been in the past and it is good to see the spirit.

Overall, this is exciting time for technologists, car makers and larger society. The technologies and competencies generated could power many sectors.

Nice article. I think you have nicely and generically presented the critical areas for Automated Driving in India. Focusing on subsets of the autonomous driving problem is the way to go! I really appreciate Mahindra for launching this innovative challenge. However, the final aim for the challenge is still autonomous driving which in my opinion is too ambitious and might lead to teams trying too much and achieving little.

One small comment. Autonomous driving started much before the DARPA Urban challenge, in 60s and 70s. Once reference from the 80s is https://zmotauto.com/wpz/a-1985-mercedes-benz-autonomous-car/