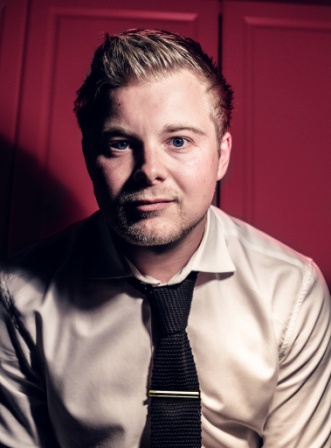 Of late, I see many LinkedIn discussions on asking for salary details during interviews.

“Why do not you evaluate me on my skills and decide the appropriate salary? Why do you need my history? Isn’t it to offer the least salary?”

The words differed, but the main sentiment was the same. Employer uses the present salary information and denies the fair salary.

I have interviewed hundreds of people in my career. I too ask for salary information. In fact, this is one of the first questions I asked as hiring manager. No. My intention is not to negotiate for the lowest salary. In fact, I have no personal gain by negotiating for the lowest, especially in multinational company setup.

Here is what goes on in manager’s mind:

As I interview, I keep forming an opinion about the person. If I have multiple open positions I keep mapping the candidate to those. As per the organization bands, I keep mapping to those bands too.
The comparison goes on in my head with all existing people in the system. If the present salary is hitting higher salary than my band, then I need to think through.

If present salary is too low for the current skills, then I need to consider few things. For example in software, someone is a .Net Architect or device driver expert. If he switched few times and still got much lower pay for his skills, then I would be a bit concerned.

Then in the company he served for more than 2 years, i would ask about the joining pay and final pay. This sort of gives a glimpse about how he was perceived in that company. There are people who spend a lot of time learning the skills and become interview-ready. But the same energy they do not put at work. I may not be interested in such candidates either.

But there are many cases where candidates gained great skills and delivered great. but their industry standard is not high. For example, any candidate working for a small local customer might have much lower pay for the skills he developed. I would definitely be comfortable going ahead.

Usually what I offer is not based on what the candidate negotiates. It is based on company’s salary band.  After lot of struggle when I hire, why would I piss off someone by giving too low salary compared to my existing members? I would not. But I still would ask about the salary they think they should get.

I could reject the candidate that does not fit our salary band. Because he or she may not even accept the offer. If someone accepts a lower offer, what are the motivations?

In the end, I want my organization to have motivated and aligned employees. If something other than money motivates, it is good to know. For a working parent, staying closer home might be an attractive option compared to present higher salary. There are lot of times I have seen employees who accept lower salary and later are utterly unhappy than they sacrificed something. Worse, some employees behave as if they are doing a favor by working here.

But what if someone is passionate about my company’s goals? If so, it would come out in the interview in one or the other form.

Suppose someone values work life balance more than extra bucks. I could use it for balancing needs. There are employees who are highly productive. Even if you do not want they slog and produce better results. And they want more money.

It could mean being desperate. I would be little hesitant if someone is too desperate and not being open about the urgency. Was there any conduct issue? I want to consider it and rule out, in stead of repenting later.

So, it is perfectly okay for someone to accept lower salary than present paycheck. As hiring manager, I just need to know the motivation.

This poses lot of issues. Anyone who is paid higher than the salary band median is an outlier. Then the technical interview feedback should justify the higher salary. If the candidate has rare skills and if the perception is that he is going to perform well, in the company environment, then it is documented and offer is rolled out.

There is also another scenario. All organizations have a specific time period of salary revision. They have cut off joining date for considering for the salary revision. Suppose a candidate joined in Aug and salary revision is being done for the following year, it does not make sense to give a pay raise. But the impact is that this employee would be without pay hike for one and half years while others may have had a raise. To avoid unhappiness, I would give the initial salary higher. Of course I would make the details of pay hike period clear.

There is also the scenario of the extreme. There is a candidate who was okay initially for org standard salary. As interview goes on, he gets a great offer. Then wants to negotiate the best of both worlds. The work, stability and the work culture I provide, but the salary of that company. He just may not fit, though he is good. There is also another set of people who resign, get counter-offer and then try to negotiate.

So, there is no single outcome.

There are cases I get into the past salary details. If there are too many switches in the past, some hiring managers take a firm stand tan they do not want the candidate. Some others do not care. I observe, study and then decide. Of the things I check is the salary hike history during that period.

1. In your past three job switches: What were the salaries in each? For what hike, did you move?

When the candidate has switched 3 jobs in 4 years, eye brows raise. In highly dynamic job markets, there are times I can not reject a mercurial employee. Only thing I could judge is the motivation for job switches.
Sometimes candidates tell lot of stories. But the money is an objective measure. If someone moved 4 times in 4 years and then got good hikes in each of them, then I will not believe any of the personal reasons for these switches. But if there are combination of money and other reasons, it is possible to have a different view of the same.

Once again, there is no single outcome or single factor behind the money question.